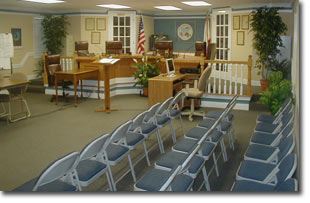 The government of the City of Bradenton Beach is comprised of five elected officials and seven departments. Although the duties of the various city departments are diverse in nature, all officials, staff and volunteers are committed to continued enhancement of the quality of life and excellence of service to the entire community.

Our System of Government

The City of Bradenton Beach is governed by a Mayor/Commission system. The Commissioners and Mayor are elected by a city wide vote ’at large’.

The specific system of government used in Bradenton Beach is known as the “Balanced Commission” form of government. The Mayor administers Commission policy and directives and can vote on all matters before Commission.

In this form of the Mayor/Commission government, the commission possesses both legislative and executive authority. The Commission may appoint officials and must approve of mayoral nominations. The commission also exercises primary control over the municipal budget.

The Mayor and Commissioners are paid a nominal salary for their positions and without exception seek election from a sense of duty and service to the community.

City Commission meetings are scheduled for the first and third Thursday of each month. The first at 6 p.m. and the second scheduled at noon.